Forgot to say – finally got out chapter 6 of the fic! You can find it here as usual: Eels USA FB Page

And of course, in about a week it will be here too! So please check it out.

Meanwhile I know every Eel has probably already seen Sukkie’s publicity stills for his upcoming drama Mary Stayed Out all Night but I’m gonna put them up here a gazillion years late, firstly cos I haven’t put any Sukkie material up in a while and secondly so I could add my two cents to the talk the images generated.

So here they are via Drama Beans: 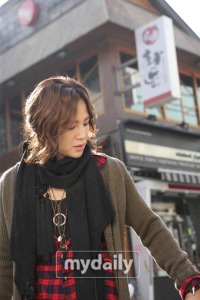 So the talk I read mostly centered around how feminine he looked in these pictures and I’m not going to complain about that  – why? Well, I think he does too, buuuuuuuuut… in a masculine way! hehe! Seriously! The fact is he’s a beautiful boy but he’s still a bit too tall and a tad too wide at the shoulders to pass for a lady, I think. Which leaves him at just that perfect sort of loveliness a guy can have which as you all know I think is just adorable!! *____* And then he speaks and his voice really just sums it up. You really can’t have a voice that sexily masculine and be mistaken for a chick. Not poss.

It’s not even my favourite of his hairstyles. It’s a bit too centre parted and wavy-cavey for me. I prefer his long hair properly tousled or packed up in a coconut tree!^^ But I still think he looks just edible!!!

But if you find those pics to sweet for you, then how about the ones he did for Series Nuovo? 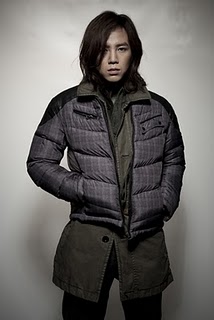 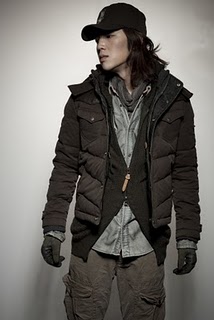 All i’m saying is, I don’t see no girl up there!